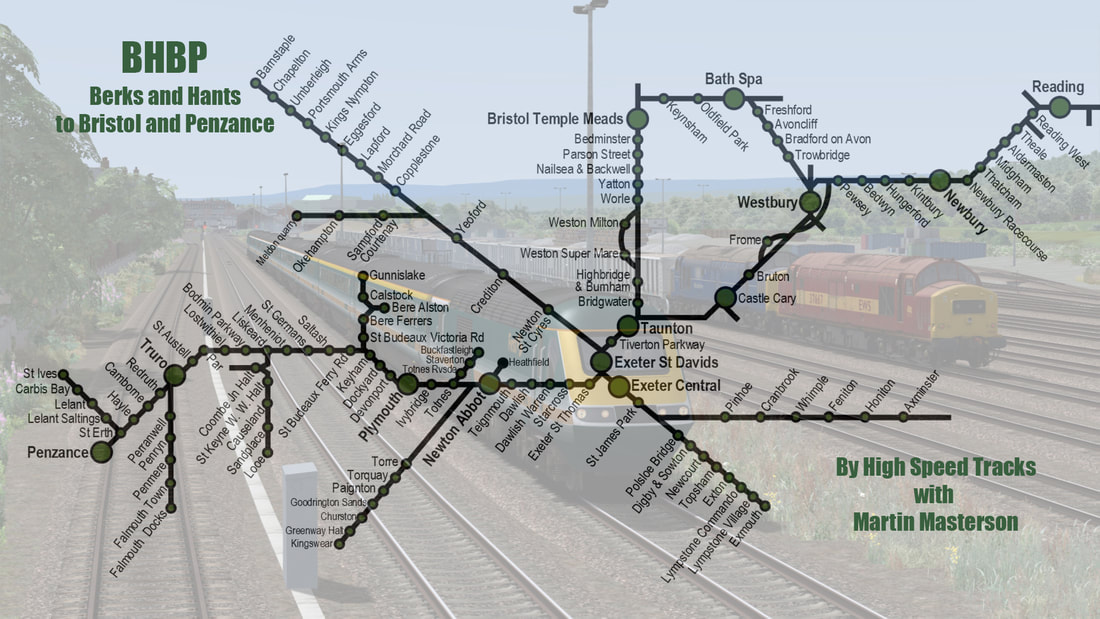 The combined new BHBP route has well over 300 miles of main, secondary and branch lines across southern and south west England: Requirements
Required routes and assets
RDC and SWER used assets from a significant number of different sources, so BHBP’s required assets list is quite long. There’s no way around this for now, but the combined route offers hundreds of miles of main, secondary and branch line track, allowing lengthy, varied and totally immersive true to life scenarios.
BHBP just won’t work at all without your having: Train Simulator 2020 DTG – The Riviera Line DTG – The Riviera Line in the 50s Just Trains – South Western Expressways
It may work – but only just in some cases – without you having the routes and assets shown below. BUT there will be big gaps in the scenery and you’d have a poor user experience.

Just Trains:
Western Main Lines (none of the route extensions are needed)
Bristol to Exeter Newcastle to Edinburgh

Technical Support If you require support please use the contact form at the top of this page - support is provided by the route developers.
Gallery

A selection of screenshots taken across all corners of this stunning route!